Pump is your premiere tri-state, metropolitan Aerosmith tribute band composed of long time music lovers and aficionados. Covering everything the “Bad Boys from Boston” have put out since their 1973 self titled album “Aerosmith” up to today’s hits. Lead by Ian Temple on lead vocals and Frank Tassielli on bass, Pump will get you pumped at a venue near you.

When he’s not recording commercial spots from his personal pro studio, working overtime on NBC primetime or rockin’ out with his three stellar tribute bands in NY and CA, he’s upgrading his old Mazda MX-5 or playing Magic: The Gathering with his hometown crew to make it through these lockdowns in high spirits.

Check out The ‘All-Voice Media Podcast‘, streaming on all major platforms, to catch the latest tips and tricks on vocal performance and entrepreneurship, and visit allvoicemedia.com to stay in touch. Also check out his original sitcom, ‘Lofty Dreams’, now on Youtube and Amazon Prime.

My influences are :
Dave Larue, Geddy Lee, Eddie Van Halen, Stu Hamm. Randy Coven, John Entwistle , Paul Macartney, And Tom Hamilton, to name a few. The reason why I love playing in an Aerosmith Tribute is because of the awesome lead guitar harmonies, great vocals and songwriting.

My favorite Aerosmith songs are:

John is a seasoned guitarist/singer having played throughout NY, NJ, out west, and up in Canada (eh). including festivals in the mid west with “Gaelforce” Celtic rock.

John has written, recorded, and collaborated with Ron Zabrocki, Bearsville studios. and was produced by Billy Cobham with his band “Steelhouse”.

John uses Trailertrash pedalboards, Egnater, and Blackstar amps, and whatever weird guitars he can find.

The veteran of many original NYC projects most notably Grimm Jack.
There’s were many gigs’, tours and a lot of history there!

A current Member of the Chris Pepe Band.

And he continues to do Solo private gigs.

“Growing up across the street from Aerosmith in the 70’s on Commonwealth ave put their music in my blood.

Les Paul’s and Marshalls are my main go to’s and this gig allows me to take out my early 80’s BC Rich Mockingbird!!

Extremely happy to be picked to join the Premier Aerosmith tribute band PUMP!!” 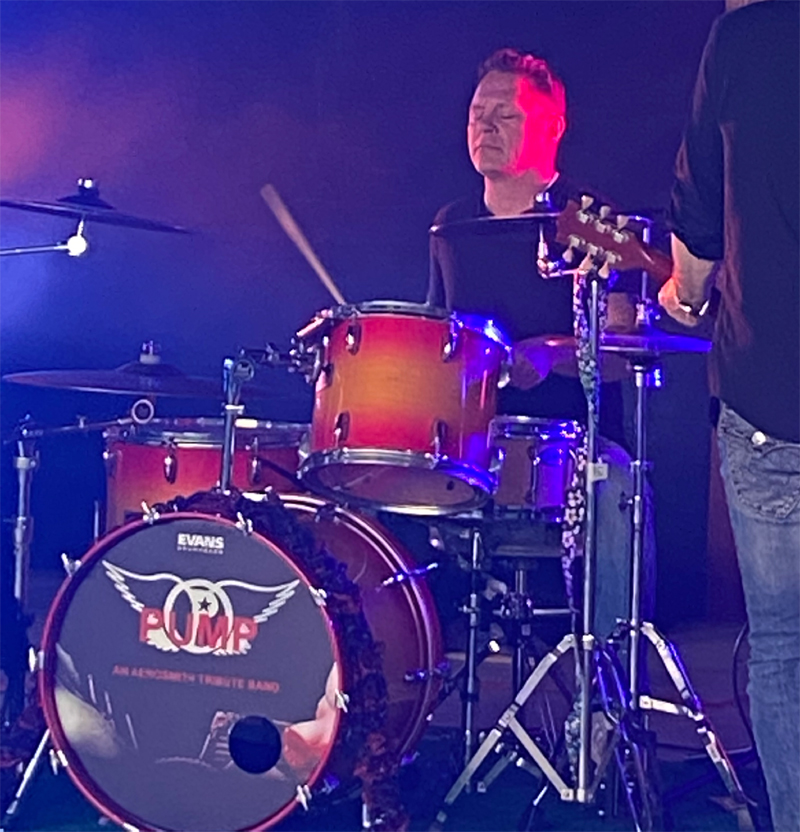